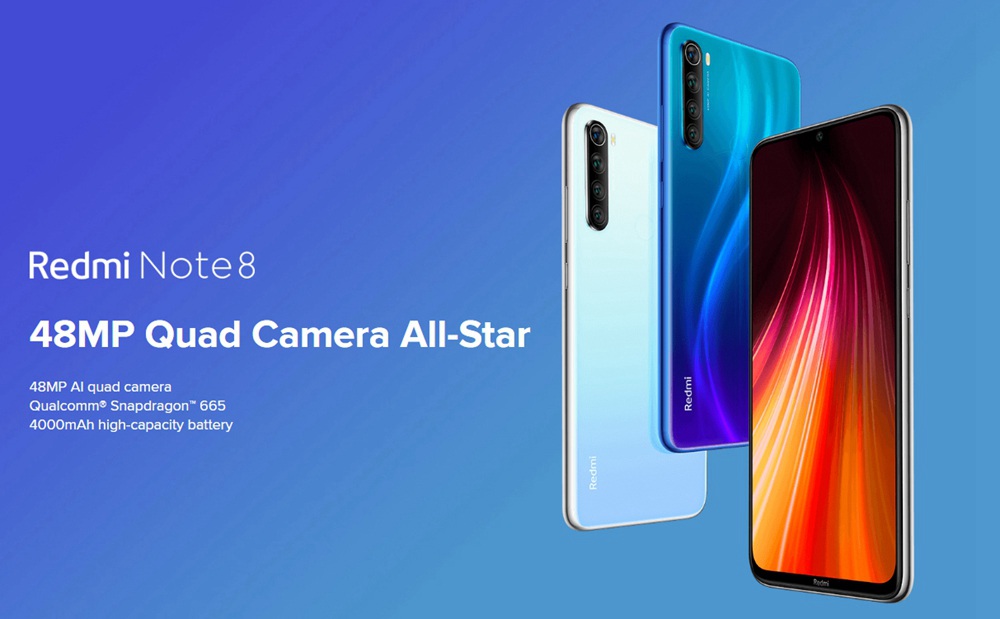 The Redmi Note 8 is set a trend and theses smartphones are developed by Redmi, a sub-brand of Xiaomi Inc. Xiaomi announced the released date of the Redmi Note 8 in China on August 29. Xiaomi had recently revealed that it was improving a phone with Samsung's Bright GW1 64MP camera sensor and that it would be launched soon.

The Redmi Note 8 has a bit smaller display than the Redmi Note 8 Pro's but gets to keep the same notch, resolution, and protection indeed. Xiaomi Redmi Note 8 smartphone has got an IPS LCD display. the phone measures 158.3 mm x 75.3 mm x 8.3 mm and weighs 188 grams. It is another entry-level Xiaomi smartphone, but it's one that redefines the quality of displays we expect.

The Redmi Note 8 includes many refinements over its predecessor, with its new quad rear-facing camera array being one of the greatest, Redmi skipped the triple camera and jumped straight to quad-camera setups, there's an 8-megapixel f/2.2 wide-angle camera, a 2-megapixel macro camera, and a 2-megapixel depth sensor. The device has a 48 MP primary camera, an ultra-wide-angle sensor, it takes 16-megapixel shots by default and can record video at up to 4K 30fps

On the camera front, the buyers get a 13 MP Front Camera and on the rear, there's a 48+8+2+2 MP camera with features like Digital Zoom, Auto Flash, Face detection, Good connectivity of this device includes Bluetooth 4.2 version A2DP, WiFi 802.11 a/b/g/n/ac + MIMO (2.4Ghz, 5Ghz), but it lacks NFC connection, Touch to focus. It is backed by a 4000 mAh battery. Connectivity features in the smartphone include WiFi, Bluetooth, GPS, Volte, and more thinks to watch for.

So at the end, we can say Redmi Note 8, a smartphone that the manufacturer calls the king among mid-range smartphones as looks like a solid upgrade to the previous generation which was already a great smartphone for its price, to begin with, and now, top features, build and screen quality, battery life, performance, and camera image quality in a short and sweet video a tiny step up Note 8